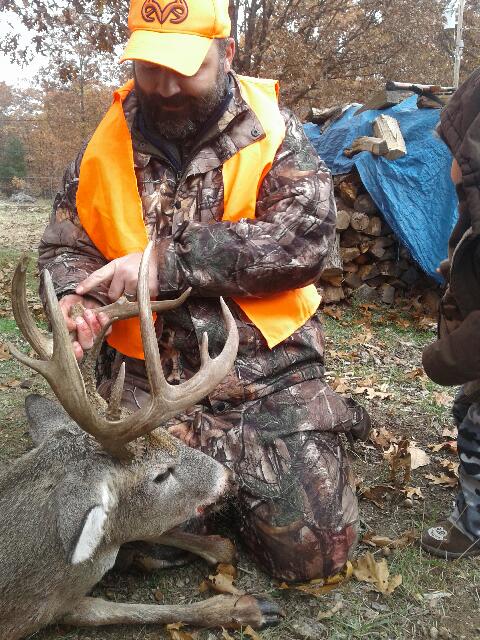 Once I captured this old brute on trail cam in 2014 the game was on. I’ve only seen him twice during season. He always kept himself out of archery range & never saw him during rifle season. My boy and I was addicted to trying to pattern him. Through pictures, times & directions. Then 3 days prior to 2017 rifle season, I captured him on trail cam again & had broken off 2 of his points. Then on November 13, 2017 my dream came !
Most of my gear that helped came from Dunn’s and am grateful !